1989 was the year the School of Creative Kinesiology was founded by Carrie Jost.  It arrived on the back of several years of Kinesiology teaching and practice – during which time Carrie discovered the wonder of what this marvellous therapy can achieve. 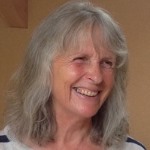 Carrie Jost, Founder of the School of Creative Kinesiology

Discovering the magic of kinesiology muscle testing and simple, effective ways of restoring a person to a state of balance has been a complete revelation to me.

Carrie founded Creative Kinesiology having trained in many forms of kinesiology, bodywork, spiritual and shamanic healing, as well as psychotherapy and counselling. Her understanding that all of our experiences – physical, emotional or spiritual – can be held in our physical self, formed the basis of her work. This led to Creative Kinesiology’s key approach of helping to witness and release any kind of stress that may be held at a body level.

I love the gentle non-invasive work of acupressure and healing that can really shift the problem through the body, relieving symptoms and encouraging a new view on life.

Why is this way of working Creative?

Creativity brings its own flexibility and methods.  It offers excitement as we tune into the person who is with us, with the possibility of seeing the world through their eyes.  We work with the intent of the person, in their highest and best interests, aiming to assist them in taking the next step towards it.  We include bodywork in our sessions so that any changes will hold fast and remain in the system.  CK practitioners bring the best of themselves and continue to work on themselves to be the best they can be.

We have had some great collaborators as the Creative Kinesiology School has moved towards its creative way of working.

Haakon Lovell brought ‘Energy Awareness’ – his way of working creatively – and Carrie learned from his approach in the late 80s and early 90s.  She took his one and only course! This expanded her awareness into entirely new realms and this work remains the solid backbone of the Way of the Tracker professional course we teach.

Natalie Davenport created Perceptual Bodywork, offering her insights into using the senses and sensing mechanisms in healing work with the body.  This has become key to the way of working in our Perceptual BodyTracking professional course.

John Thie – the whole edifice could not have existed without the original Touch for Health offering from John Thie.  He offered kinesiology to lay people such as Carrie, and what an amazing gift he has given to the world. Touch for Health is the cornerstone of our LifeTracking Foundation kinesiology course – the first step on your journey to become a Creative Kinesiology practitioner.

CK as a whole therapy

With all these influential areas of input, Creative Kinesiology offers a whole therapy, able to connect all the parts of the self, and to connect the self to the whole of existence.  CK is able to address body, mind, spirit and emotions in order to bring peace, happiness and fulfilment, in whatever way this matters to the person.

Processing…
Success! You're on the list.
Whoops! There was an error and we couldn't process your subscription. Please reload the page and try again.